Medford, Oregon (February 12, 2021)—Award-winning author Jacqueline Woodson will discuss her work during a live, virtual author talk presented by Jackson County Library Services (JCLS) on Sunday, February 21 at 4:00 p.m. All are welcome to attend this free program; registration is required at jcls.org.

Jacqueline Woodson is the recipient of the 2021 Coretta Scott King Author Book Award for Before the Ever After, the 2020 Hans Christian Andersen Award, a 2020 MacArthur Foundation "genius grant," the 2018 Astrid Lindgren Memorial Award, and the 2018 Children’s Literature Legacy Award. She was the 2018–2019 National Ambassador for Young People’s Literature, and in 2015, she was named the Young People’s Poet Laureate by the Poetry Foundation. She received the 2014 National Book Award for her New York Times bestselling memoir, Brown Girl Dreaming, which was also a recipient of the Coretta Scott King Award, a Newbery Honor, the NAACP Image Award, and a Sibert Honor. She wrote the adult books Red at the Bone, a New York Times bestseller, and Another Brooklyn, a 2016 National Book Award finalist.

The Library’s inaugural Rogue Reads program encourages everyone in Jackson County to read and discuss the same books. The wintertime program is designed to promote reading and build community through conversation. Since December 2020, Rogue Reads has featured book discussions, virtual programs, and Take & Make kits related to titles by Woodson, including Red at the Bone for adult readers; If You Come Softly for teens; Brown Girl Dreaming for middle-grade readers; and The Day You Begin—or the Spanish language version, El día en que descubres quién eres—for children and families. These titles allow all participants, regardless of age, to explore the themes of race, family dynamics, identity, and religion while sharing conversations that build common ground.

“Response to the Rogue Reads programs this winter has been tremendous. Many book clubs have reported reading one of Woodson’s books and appreciate the opportunity to explore timely topics,” said Kari May, Library Director. “We are thrilled to highlight the work of such an accomplished author and to be offering the community a chance to participate in a live discussion with her.”

Rogue Reads is made possible with the support of the Jackson County Library Foundation, Jefferson Public Radio, Rosebud Media, 107.5 KISS FM, and The Valley 106.3 FM.

Find program highlights below and the complete schedule at jcls.org/roguereads. 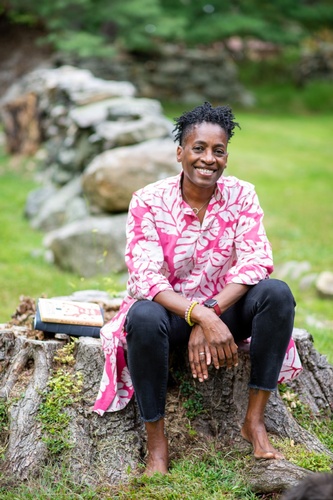